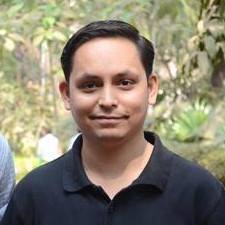 Sagar explains how the two open-source technologies are coming together.

The MANO layer is responsible for orchestration and complete life cycle management of hardware resources and virtual network functions (VNFs). In other words, MANO layer coordinate NFV Infrastructure (NFVI) resources and map them efficiently to various VNFs. There are various options available as three-dimensional software stack for MANO. But ETSI hosted OSM is largely preferred due to large activity at the community level, highly mature framework, production readiness, easy to initiate and constant feeding of use cases by members.

Virtual Network Functions (VNFs), forms a network services may need updates for feature addition or patch for functionalities. OSM provides a method to invoke the VNF upgrade operation with minimal impact in the running network service.

With the continuous community support and involvement for feature innovation, OSM has now evolved to bring CI/CD (continuous integration and continuous delivery) framework at MANO layer.

The latest release (four) of OSM brought large set of features and enhancements to OSM framework which has impacted functionality, user experience, and maturity which enables various enhancements for NFV MANO from usability and interoperability perspective.

OSM has steadily adopted the cloud-native principles and can be easily deployed in the cloud as installation is container-based and run with the help of container orchestration engine. A new northbound interface is introduced which is aligned with ETSI NFV specification SOL005 provides dedicated control of the OSM system. Monitoring and closed‐loop capabilities have also been enhanced.

The next version of OSM release 5 is expected to be launch in November 2018 and arrive bundled with more 5G-related features, like network slicing and container-based VNFs.

Why OpenStack + open source MANO for the MANO layer in NFV?

Both OpenStack and OSM  have a large community that have a rapid pace for innovating NFV and high contributions by companies to enhance current features and develop new capabilities for core projects under it.

In the case of NFV, OpenStack standardized interfaces between NFV elements and infrastructure. OpenStack is used for commercial solutions offerings by companies like Canonical/Ubuntu, Cisco, Ericsson, Huawei, IBM, Juniper, Mirantis, Red Hat, Suse, VMware and Wind River. A large percentage of VIM deployments are based on OpenStack due to the simplicity in handling and operating various projects targeted towards providing full potential storage, compute and networking for NFVi.

With last two releases (three and four,) OSM has evolved a lot to support integration for cloud-native approach by enabling CI/CD frameworks into orchestration layers. Cloud readiness involvement of OSM is the key benefit along with OpenStack which has proven architecture for private as well as public clouds. OSM deployment into NFV infrastructure has become very lean where one can start with importing docker containers into production. On the other hand, OpenStack is known for enabling simplicity to manage virtualized and containerized infrastructure. Organizations can realize the full benefits from integration as NFV MANO using OSM and OpenStack due to lean and simple management and deployment.